Article by 2LapsTimeTrial di 5:54:00 AM
Minetest is a near-infinite-world block sandbox game and a game engine, inspired by InfiniMiner, Minecraft, and the like.

Minetest is available natively for Windows, OS X, GNU/Linux, Android, and FreeBSD. It is Free/Libre and Open Source Software, released under the LGPL 2.1 or later.

Features:
Near-infinite maps
With a 620003 block playing area, there's no running out of space. Yes, the world height is also near-infinite.

Multiplayer support
Play by yourself, locally with your friends, or online with dozens of players on a server.

Multiple subgames
Want to install dozens of mods at once? You can. Want to play Hunger Games? No problem!

More features you can see on official sites:
https://www.minetest.net/

Installing mods:
List of mods you can see here:
https://wiki.minetest.net/List_of_Mods

Extract the zip of mods, then paste on mods directory. 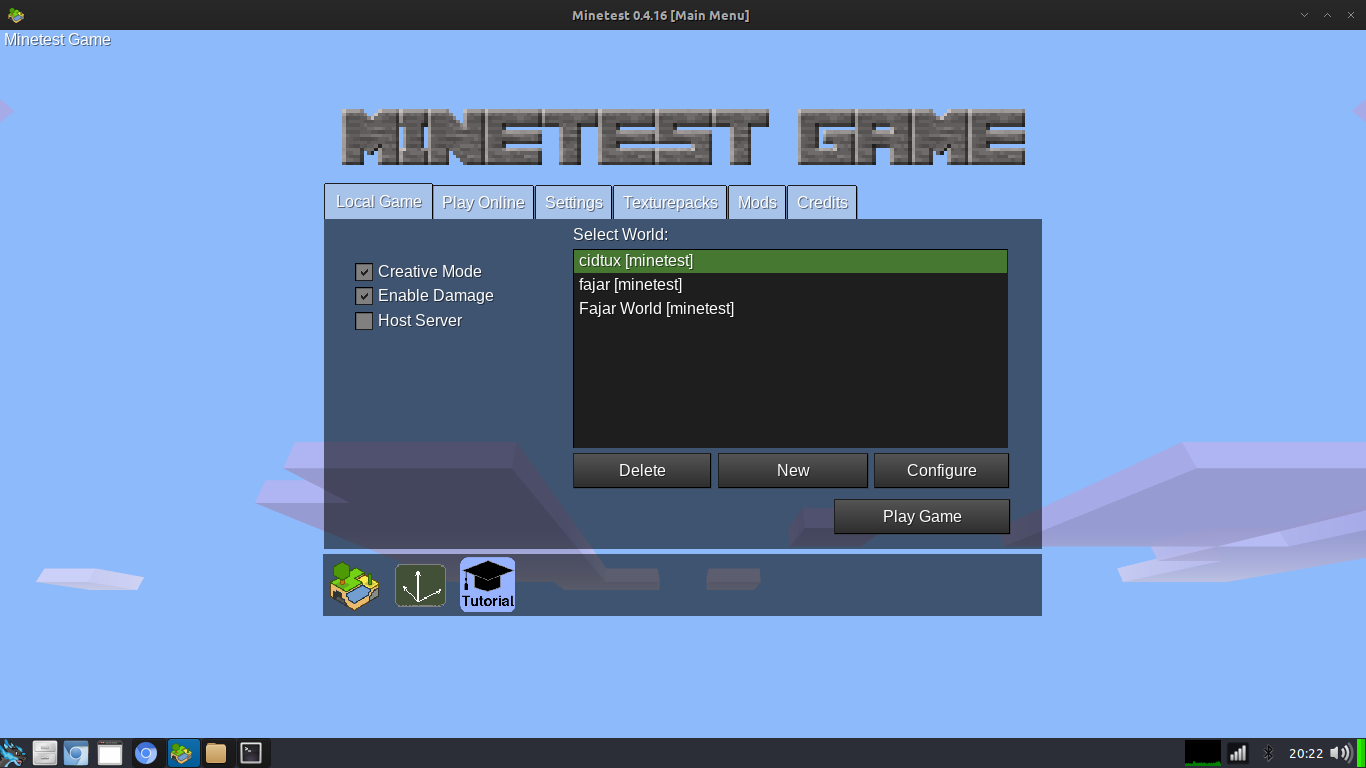 At the local games, you can play single player, or with your friend with same lan/wifi. Play online to join online server list. If you correctly place mods in .minetest/mods, it will available here: 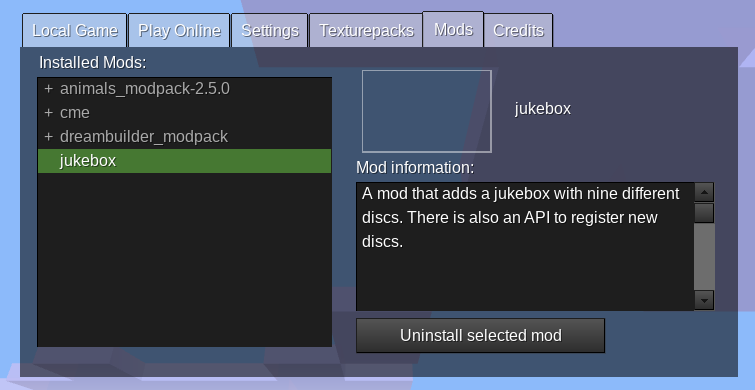 To play single playe, click new, enter name of your worldname, seed (type anything that you want), type of world, choose minetest game, then create 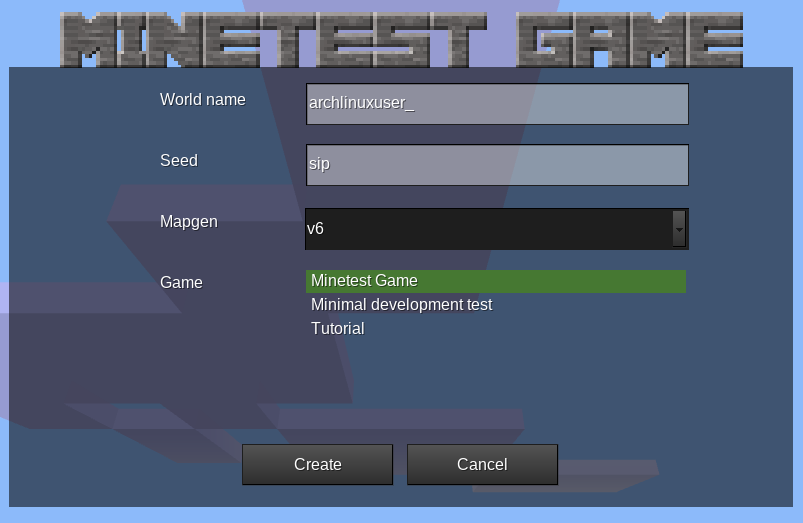 After that choose configure, to apply mods. 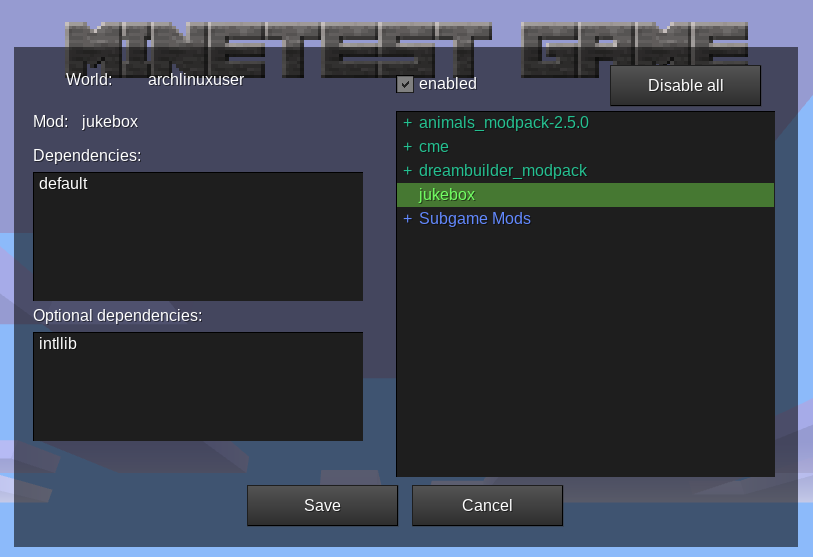 If you want to build anything with unlimited resources choose creative mode:

Then choose play game, to start the games... :) 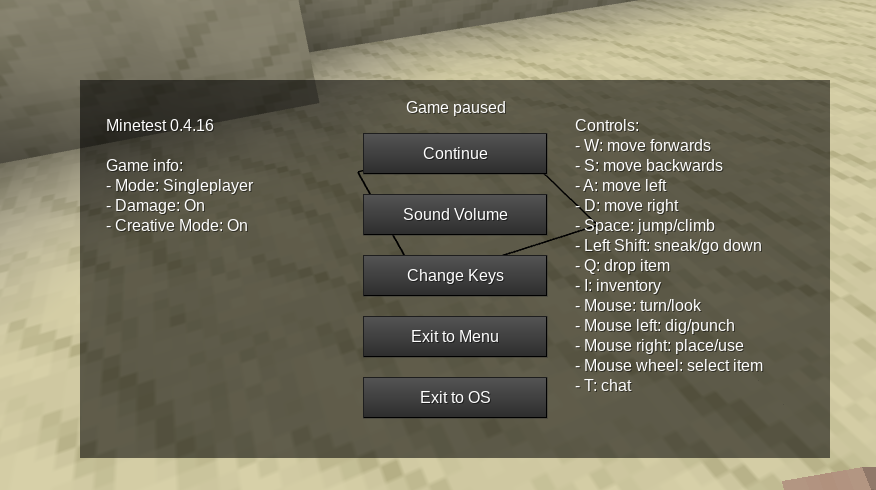 By default you can fly in minetest, like minecraft, to enable fly, press T, then type

press k to enable free move, then press left shift to down or enter to up.. 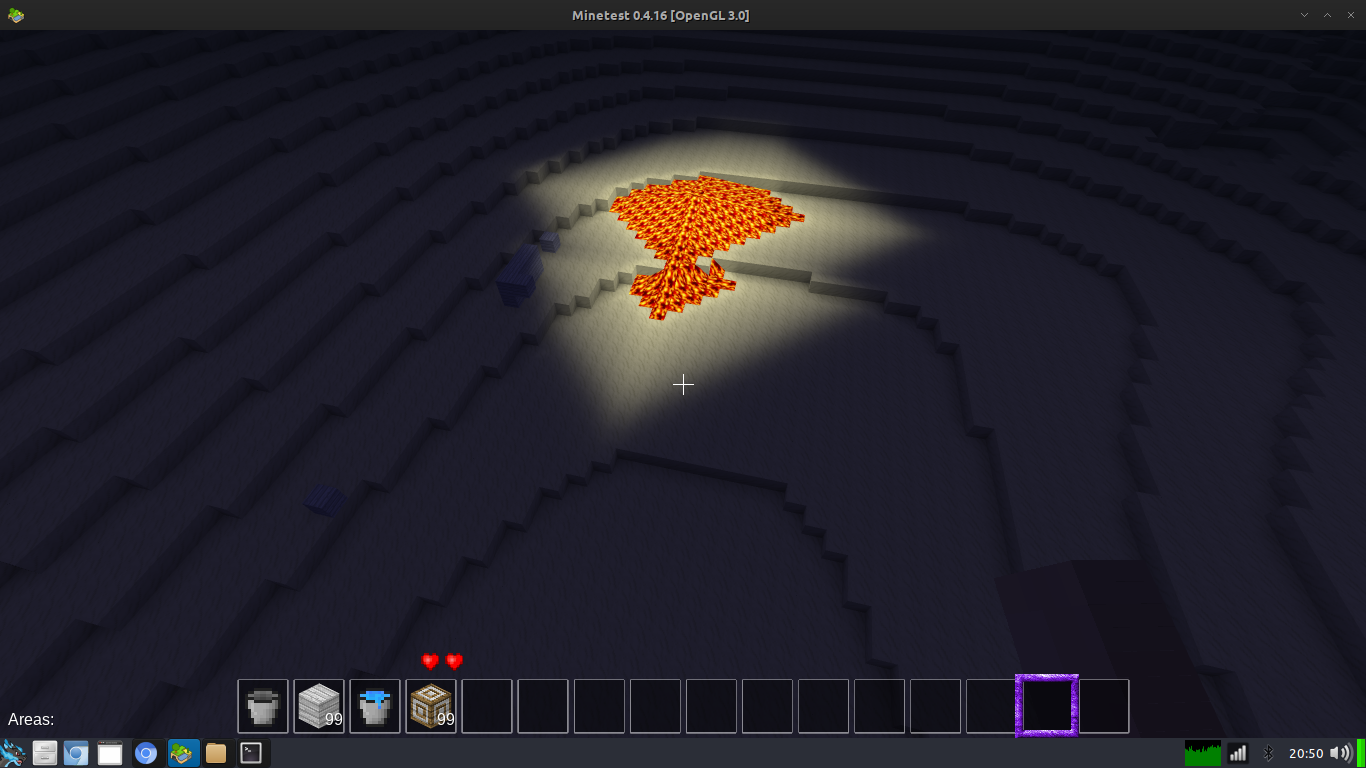 Ok that's it... explore by yourself.... minetest have also android version you can download on google play
https://play.google.com/store/apps/details?id=net.minetest.minetest

But you need gamepad, for better playing...